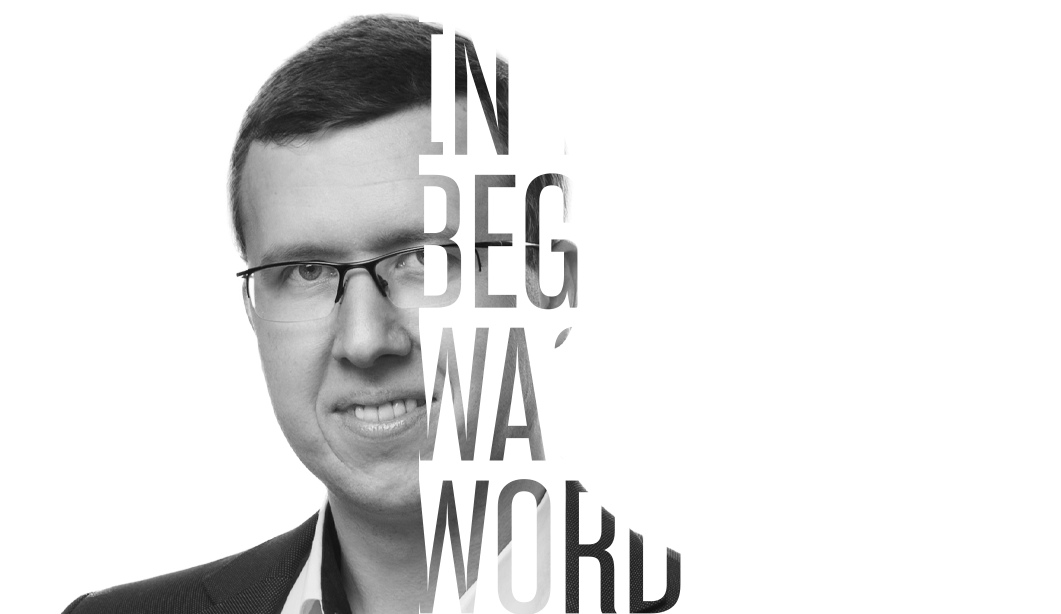 One book everyone should read:
Nineteen Eighty-Four by George Orwell

Who are you?
My name comes from the Greek word “andros”, meaning – “man”. I think this is quite a precise definition of who I am.

What excites you?
The feeling of freedom while under full sail on an open sea.

What is something you are obsessed with?
Tiramisu.

What are you doing at Kvarko?
Controlling cash flows and aiming to have greater inflows than outflows.

What are you looking for in founders?

I look for people with whom I can share my love of freedom, who are courageous and honest while being responsible in what they do.

What verticals are you most interested in?
Healthcare, real estate, technology, transportation (the latter because of Transport Tycoon, which was my favorite computer game of all times).

What were you doing prior to joining Kvarko?
I was born in L’viv, Ukraine and have also have had experience of living in Slovakia. I graduated from the Higher School of Business – National Louis University in Poland. I first obtained a B.A. degree in Management and Marketing from Chicago’s National-Louis University and then a Master’s degree in Financial Management. In 2015, I decided to start PhD studies at the Wroclaw University of Economics in the Faculty of Economics. I have been active on the labor market since 2005 working as a specialist in the field of investment-oriented and company finances. Initially, I worked in a consultancy supporting investments from Western Europe into Western Ukraine. Later, I worked as a financial analyst in the real estate industry that spectacularly ended thanks to the collapse of Lehman Brothers.

This was a good chance to start my own business activity as a freelancer supporting numerous investments in Poland including the significant acquisition of Gamrat by Lentex. From 2011 I was involved as financial advisor at Wroclaw Research Center EIT+ (currently known as PORT), first in biotechnology and later as a financial principal of the Akcelerator investment fund. This was a period of intense development in the R&D financial area which allowed for participating in investments, exits as well as gaining supervisory experience in numerous technological start-ups. In 2012, I also gained the status of authorized adviser in the New Connect Stock Exchange Market. Since 2014, I have been acting as a partner in the Kvarko Group managing the Group‘s finances conducting intellectual property valuations and supporting the development of start-ups in our portfolio.